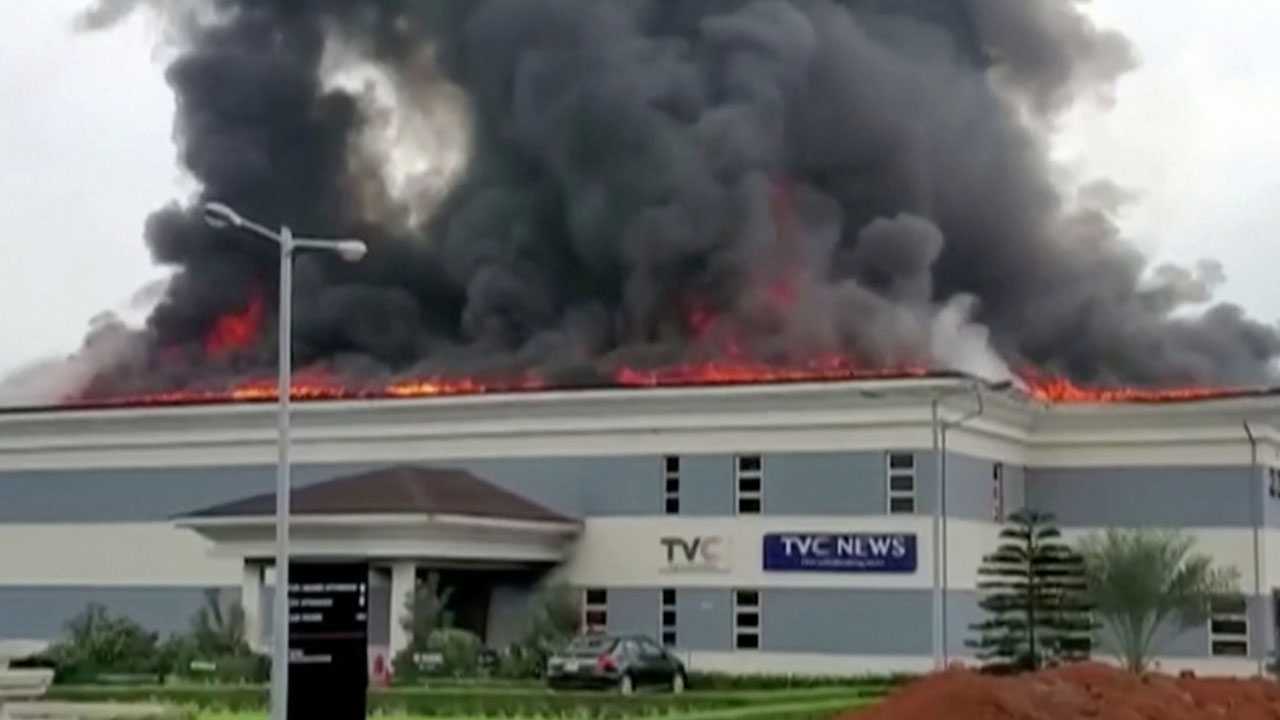 A still image taken from a video obtained by Reuters on October 21, 2020, shows the roof of TVC television station in flames, in Lagos, Nigeria. Reuters TV via REUTERS

The Institute for Media and Society (IMS) has joined other stakeholders to condemn attack on media organisations, describing the development as a threat to freedom of expression. Executive Director of IMS, Dr Akin Akingbulu said: “While we support peaceful protests, which is a constitutionally-recognised right, we are opposed to the violation of people’s rights, including attacks on media organisations and their workers.

“We like to state a reminder that the media organisations are an important and indispensable institution in our country. Little wonder that the Constitution of The Federal Republic of Nigeria mandates it to monitor governance on behalf of the people.

“Attack on the media, in any form, is an attack on the performance of this function as it is a derogation on the right.”

He stressed that the Federal Government should investigate that attacks and destruction of property and ensure that those who attack media houses and their workers are prosecuted.

“The security agencies should fish out the perpetrators of the attacks, follow up with sanctions and provide appropriate remedies to the media houses and journalists, whose rights have been violated by security operatives during the #ENDSARS protests,” he added.